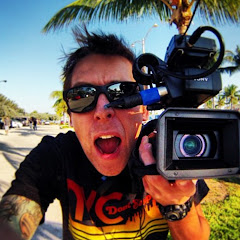 What camera does RomanAtwood use?

Roman uses Sony CyberShot DSCRX100 for creating his daily vlogs. He has been using this camera for a very long time. This camera is made for vlogging as it’s extremely portable and packed with features. The weight of this camera is just 290 grams. Just give you reference, an empty coffee mug weighs around 400 grams. The size and the form factor is really nice; you can easily carry it around everywhere if you are going to create daily vlogs.

What drone does RomanAtwood use?

Roman is using the DJI Phantom 4. It is a very popular drone amongst the vlogger community. It can record videos in 4k. The build quality of this drone is marvelous. It you can fly this drone nonstop for half an hour. It can go up to 6000 meters above the sea level, at that level of height you can easily get a killer view for your vlogs.

Roman Atwood is an American YouTuber personality and an international superstar. He has two channels on YouTube and each of the two channels has over 10 million subscribers. He is famous for his daily vlogs and doing pranks. He is one of the first few people to win two diamond play buttons.

He is one of the most popular vloggers all around the world. His family was very poor when he was a child, from back then he wanted to do something in life and live a better lifestyle. From his college days he was interested in film making, he had also created a few film projects in his college days. Then in 2010 he started his YouTube channel and posted all different types of pranks and then in 2013 he started his vlogging channel.

Though he was quite popular as a prankster, but after doing daily vlogs for a while he became a household name in America. People really got connected with him on a personal level, as he shared extremely personal stuff like his wife cheating on him, his kids, his girlfriend, etc. Everybody just got addicted to watch his daily life and that’s what made him a successful YouTuber. Apart from that, the overall quality of his vlogs and prank videos is really good. And a large part of his success comes down to the cameras he uses.

We will be happy to hear your thoughts